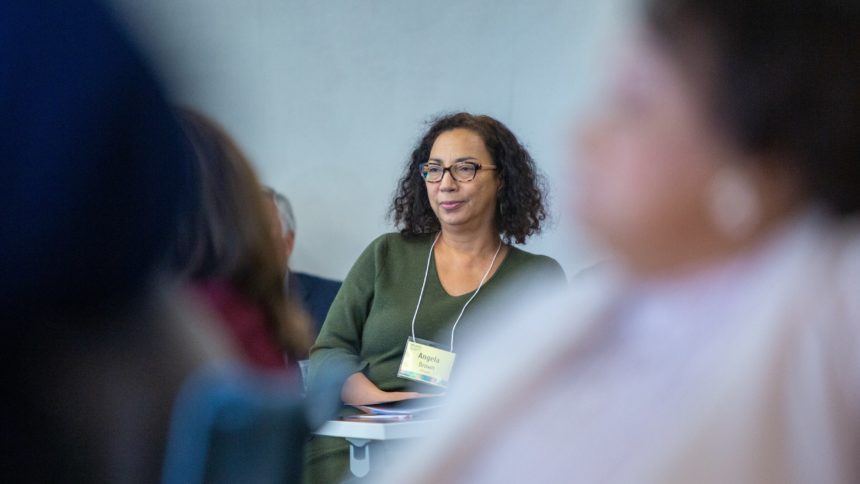 Angela previously served as Director of Programs at the Hyams Foundation, a locally focused foundation serving Boston and Chelsea, Massachusetts. With a strong belief that low-income people and people of color can and must play crucial roles in guiding the future of their communities, Angela assisted the Foundation to develop a new strategic framework, launched in 2015, to advance equity and justice in the region. In her 13-year tenure at Hyams, Angela oversaw grant distributions of $5.5 million annually, established its workforce development funding strategies, and structured two high-impact program-related investments (PRIs). A $1 million program-related investment (PRI) leveraged $16 million for non-profits acquiring and renovating foreclosed properties. A second, $1.5 million PRI leveraged a $5 million loan pool for affordable housing site acquisitions near rail transit points in Boston low-income neighborhoods such as Roxbury, Dorchester and Mattapan.

A graduate of the University of Massachusetts at Amherst and of Harvard University’s John F. Kennedy School of Government, Angela’s approach to strategy development includes working closely with on-the-ground community partners. She is a board member of TSNE Mission Works (formerly, Third Sector New England), was a member of the City of Boston’s 2014 Mayor’s Housing Task Force and the Federal Reserve Bank of Boston’s Racial Wealth Gap Working Group, and was past board chair of the Neighborhood Funders Group. Previously she was a manager with the Women’s Institute for Housing and Economic Development and with the Local Initiative Support Corporation (LISC).