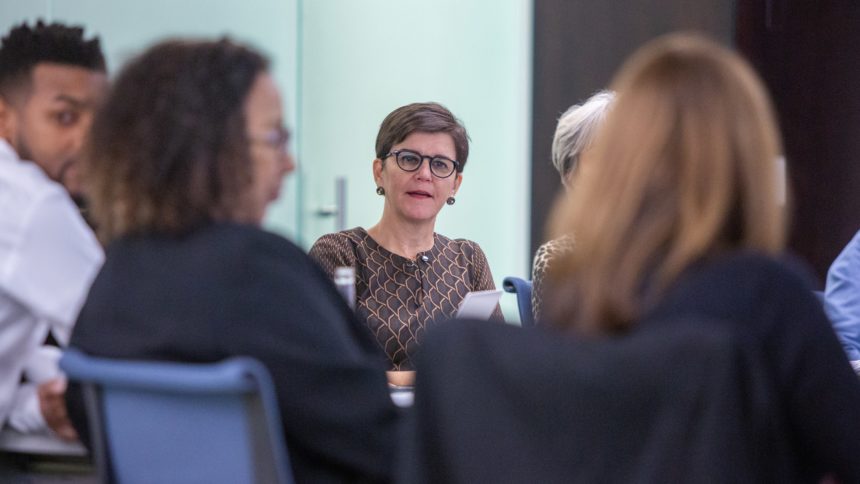 Deborah believes that community foundations are uniquely positioned to be vital partners in building strong communities and is passionate about helping the field be all it can be. As President and CEO of CFLeads, she guides the strategic direction of the organization and builds alliances that help community foundations deepen their impact.

Since Deborah joined the organization in December of 2009, she and the CFLeads team have developed and refined highly successful and popular learning opportunities, uncovered and promoted important community leadership practices, and substantially increased the number of organizations that engage with and invest in CFLeads.

Deborah has a broad background as an advocate, policy analyst, grantmaker, fundraiser and community builder. She served as both a board and staff leader during 10 years with Rochester Area Community Foundation (Rochester, NY), setting strategies that led to greater partnerships, more focused grantmaking and deeper community impact. While at the foundation, she founded a children’s advocacy organization, launched a successful community-wide after-school alliance and led many other community initiatives. Deborah was also co-chair of the public policy subcommittee of the Council on Foundations’ ProNet affinity group.

An award-winning graduate of Bowdoin College and Harvard’s Kennedy School of Government, Deborah has been an advocate for low-income children and families at Children Now in California, the Fiscal Policy Institute in New York and Children’s Hospital of Pittsburgh. She also developed and taught a popular course on children and public policy at the University of Rochester and served as director of development at the Children’s Museum of Pittsburgh, which is leading community development efforts in Pittsburgh’s Northside neighborhood.