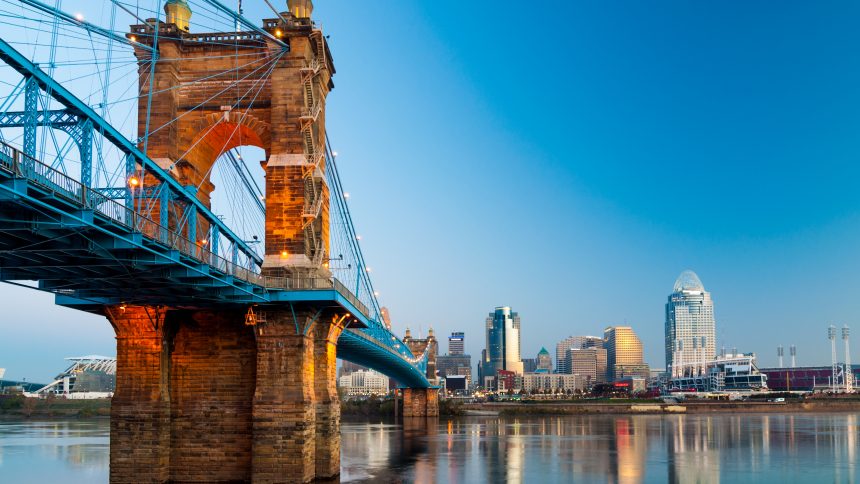 This story was written as a collaboration between CFLeads and Greater Cincinnati Foundation. Thank you to Ellen Katz, President & CEO and Dora Anim, Chief Operating Officer, for their insights.

Built right on the Ohio River, where many enslaved people made their way to their first steps of freedom, Cincinnati has a deep history with race. Although Cincinnati is known as a “black and white city,” with a population roughly 50% Black and 50% White, it is not known as a particularly progressive city. One of the reasons is its economy – Cincinnati is a company town, and the business sector of Cincinnati has historically been very White. While many progressive activities have taken place in recent years, Cincinnati still experiences some of the worst outcomes in the country for Black people and is one of the most segregated communities in the nation.

With a long history of racial issues in the city, Greater Cincinnati Foundation is not new to racial equity work. Following the Cincinnati riots of 2001, which took place after a police shooting of an unarmed Black 19-year-old named Timothy Thomas, the community foundation stepped up to bring the region together and work to address the root causes of racial disparities. In the last five years, the foundation has begun explicitly naming race and making racial equity a focus of its strategic plan.

Like their peers in Rochester, New York, Greater Cincinnati Foundation sought to better understand the local context while embarking on its racial equity work. The foundation worked with Policylink and PERE to produce All-In Cincinnati: Equity is the Path to Inclusive Prosperity, a detailed report that describes Cincinnati as “a tale of two cities” – an economic powerhouse, but one that also struggles with uneven growth, high rates of poverty, and an economy dominated by low-wage jobs and few pathways into the middle class.

The foundation chose to invest significant time and resources into this work. It hired the Racial Equity Institute to host Racial Equity Matters training, presented by bi3, for its staff, which the foundation now offers to community organizations throughout Cincinnati. In the past two years, over 2,000 community members have attended these trainings. It hosted a board retreat focused on racial equity, which greatly helped build the acceptance and appetite for racial equity at the board level. And the foundation hired a firm to go out into the community to determine whether there was an appetite for this racial equity focus externally and whether the community foundation was the right organization to lead this movement.

The feedback the foundation heard from the Cincinnati community aligned with its ongoing internal equity efforts. Greater Cincinnati Foundation was a well-known and respected organization, but the community felt that it still had work to do on the inside. It is now spending a lot of time working on racial equity from the inside out – everything from who works at the foundation, who its vendors are, and how a person feels when they walk into the foundation. In addition, the foundation hosts staff affinity groups by race on a monthly basis. This allows the foundation to drill down on its racial equity mission, support its employees by racial composition, and creates a safe space to have courageous conversations.

Currently, the community foundation continues to do its internal work while also stepping up and taking a leadership role in the community, partly in response to the murder of George Floyd that occurred in May 2020 in Minneapolis. The foundation set up a Racial Justice Fund to advance fairness and justice, with a critical focus on the systems that affect the Black community – specifically criminal, economic and social justice. It committed $5M over five years and has already distributed $1M in investments to six area nonprofits working on racial justice in Cincinnati. This year, the foundation appointed a Director, Racial Justice Fund to keep this progress moving forward.

The foundation is also continuing its efforts to advance the economic mobility of Black women by looking at where she lives and works and supporting quality affordable housing initiatives – a focus of the foundation as it participates in CFLeads’ Economic Mobility Action Network. In 2021, Greater Cincinnati Foundation will continue to offer the Racial Equity Matters training, doing more work to develop its voice to engage what it calls “equity-inspired donors” and tell the right stories.