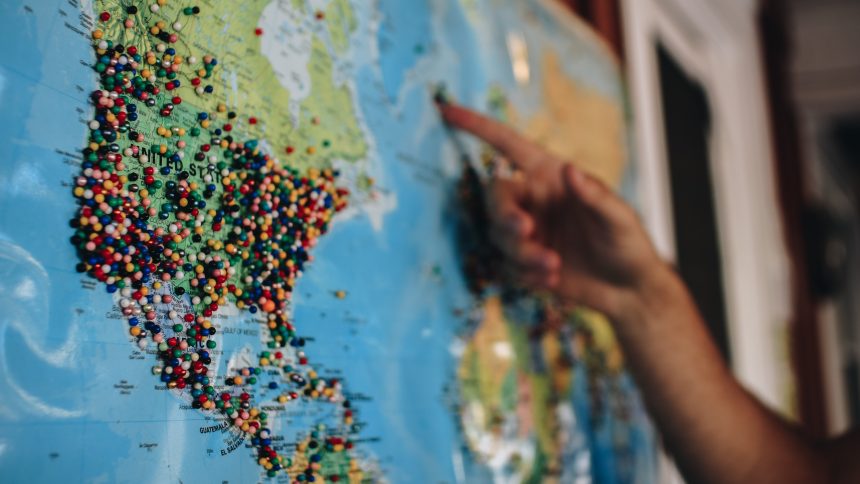 Photo by Kelsey Knight on Unsplash

The CCA Mapping Project is made possible thanks to the Inter-American Foundation and the Charles Stewart Mott Foundation and to the participating community foundations who contributed with their own funding and/or in-kind support.

The Arizona Community Foundation, the Community Foundation for Southern Arizona and Fundación del Empresariado Sonorense of Nogales and Obregon collaborated with the Border Philanthropy Partnership in a mapping study of nonprofit and businesses in the states of Arizona and Sonora called Arizona-Sonora: Building bridges for a stronger future in community philanthropy. Through this study, they were able to identify challenges and opportunities for corporate philanthropy and giving across the Mexican border.

Contact Lisa Schalla at lschalla@cfleads.org for information about this report in Spanish.

The Chicago Community Trust, through their report Exploring Mexican Philanthropy in Chicago, discovered that there are many Mexican business leaders in Chicago that contribute greatly to the communities in the city and to those back in Mexico, often through hometown associations. However, they have been unaware of the Trust’s services. This study has opened the doors to new partnerships with the Latinx business sector.

Contact Sandra Aponte at saponte@cct.org for more information about this report.

The El Paso Community Foundation, together with the Fundación Comunitaria de la Frontera Norte, conducted a public opinion survey of El Paso and Ciudad Juárez residents, in an effort to strengthen their binational connection. The survey is the first of its kind for the larger community in the El Paso–Ciudad Juárez border region and provides insight into of residents’ relationship with the region and their neighbors across the border.

The Hendry County Mapping Project, led by Southwest Florida Community Foundation in collaboration with Florida Gulf Coast University, sought to locate and characterize transnational populations in Hendry County. This is the first time that the community foundation has connected so closely to these often very marginalized communities. The project has provided invaluable insight for future foundation programming and trust-building.

“Construyendo comunidades más amplias en las Américas: Migración Jalisco-Estados Unidos” [Building broader communities in the Americas: Migration Jalisco-United States], by the Corporativa de Fundaciones with the Laboratorio de Estudios Económicos y Sociales (LEES), identifies characteristics of migrants from Jalisco, a state in western Mexico, to the United States. Given the interconnections between the different key actors in both countries, there is opportunity to plan joint actions and find solutions to common problems.

The Fundación Comunitaria Malinalco report, called Migración en Malinalco, identifies the characteristics of migration within this municipality in the central region of Mexico. Highlighted in the report are personal stories around both emigration and repatriation to their home region, the experiences of women and migrants with indigenous heritage. One of the biggest lessons from mapping is recognizing the transversality of migration in community foundation work in the region.

This report by Comunidar, Inversión potencial para el desarrollo social del estado de Nuevo León [Potential investment for social development in the state of Nuevo León] studies the emigration, not only of those seeking economic opportunities but also those seeking safety. They focus on the “golden migrants” – academics and professionals who left Monterrey for the United States in a time of intense insecurity from 2009-2011. It looks at changing the current paradigm to position the migrant at the center of the local development model, valuing the intellectual, financial and cultural contribution that they represent.

This study, called Migración: Morelos – Minnesota, was based on a previous finding that the city of Minneapolis is home to many families who originated from the state of Morelos in Mexico. Fundación Comunidad and The Minneapolis Foundation partnered in creating a much deeper understanding of the push and pull factors involving migration and in developing a stronger relationship between the two places.

The International Community Foundation in San Diego and the Fundación Internacional de la Comunidad in Tijuana partnered with the Border Philanthropy Partnership to look at how they could give impulse to corporate philanthropy in Baja California. The report, Corporate giving trends in the U.S.-Mexico border region, gives results from a bilateral survey of nonprofits and businesses and recommendations for strengthening both sectors in transnational philanthropy.

The Delaware Community Foundation commissioned Perspectives on the Latino Population in Sussex County, Delaware to serve as a resource for nonprofit organizations, funders, community leaders and others striving to engage and advance this important segment of the community. The report explores when and why Latinos settled in Sussex County, the experiences of different subpopulations, and the roles that service providers and policymakers can take to address unmet needs.